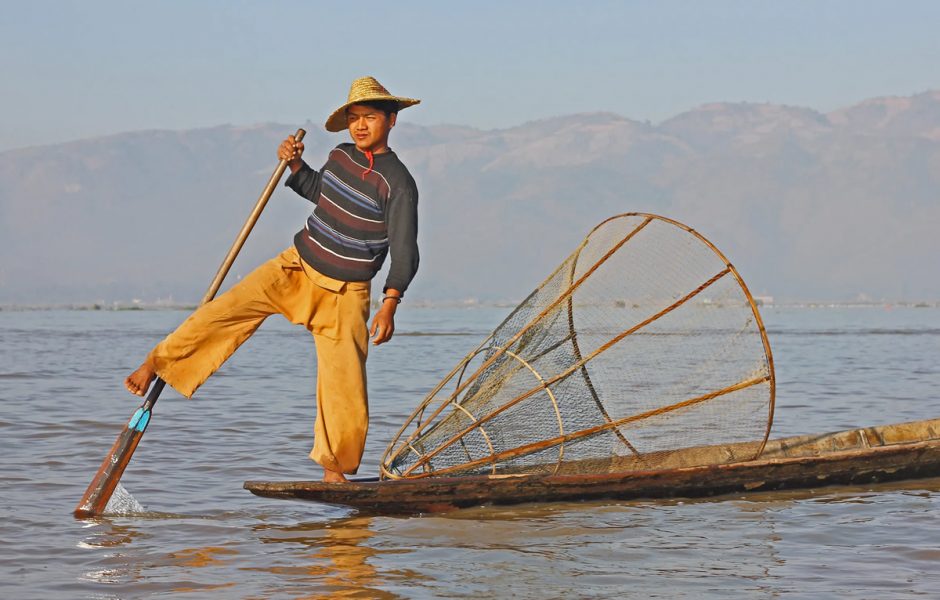 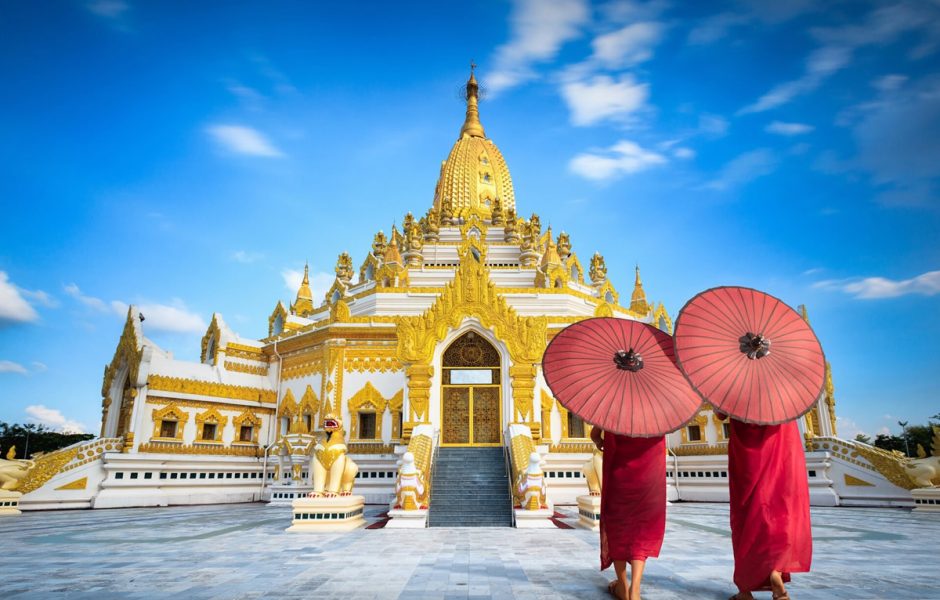 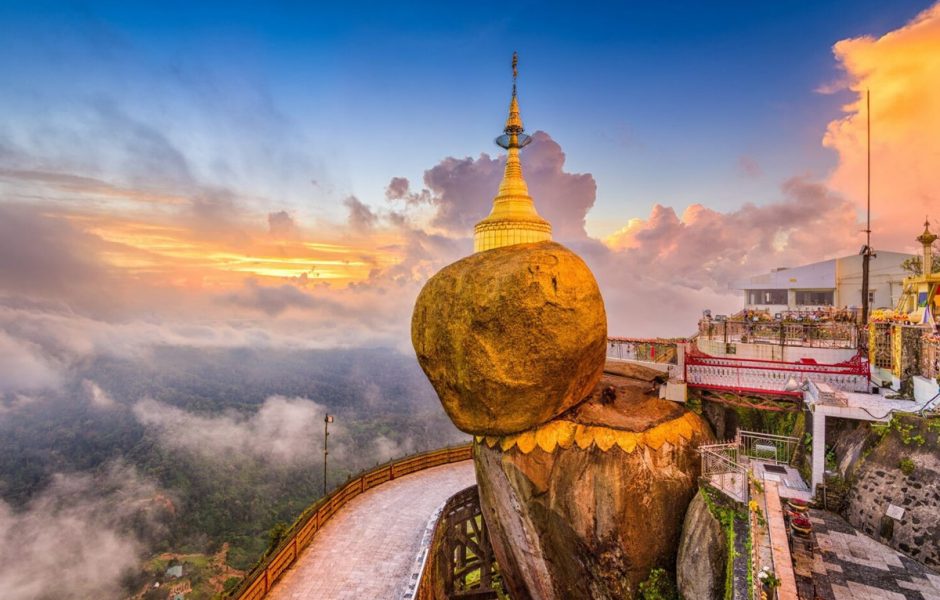 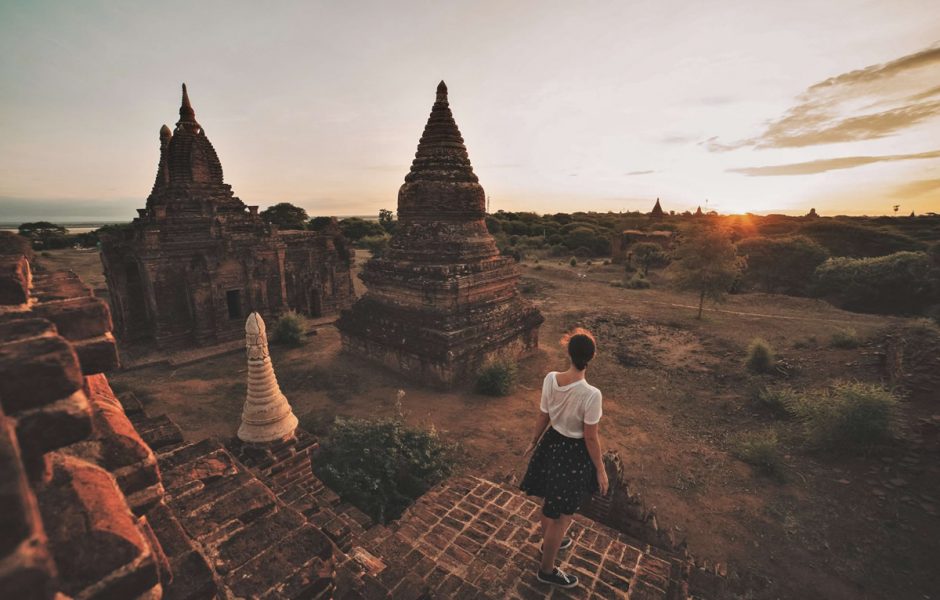 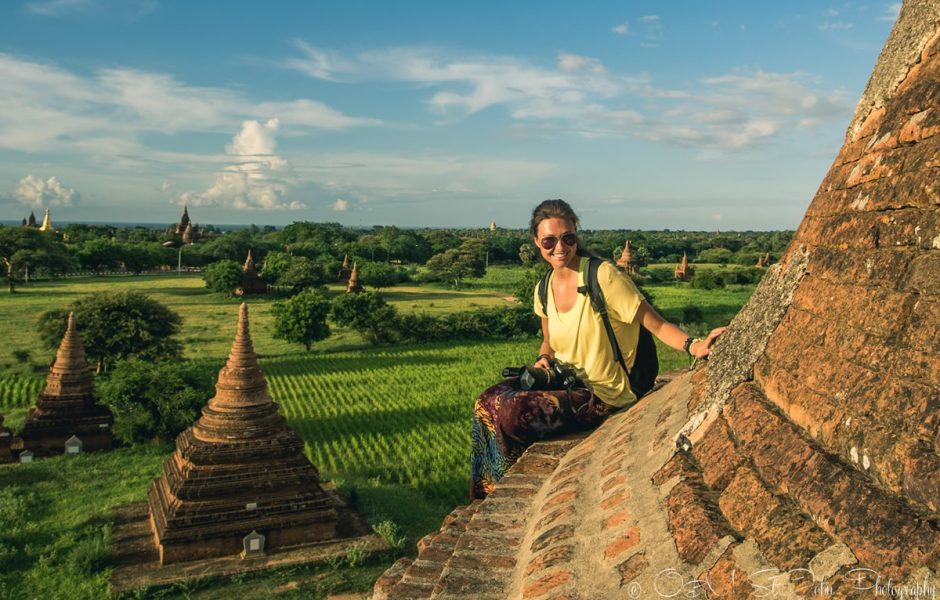 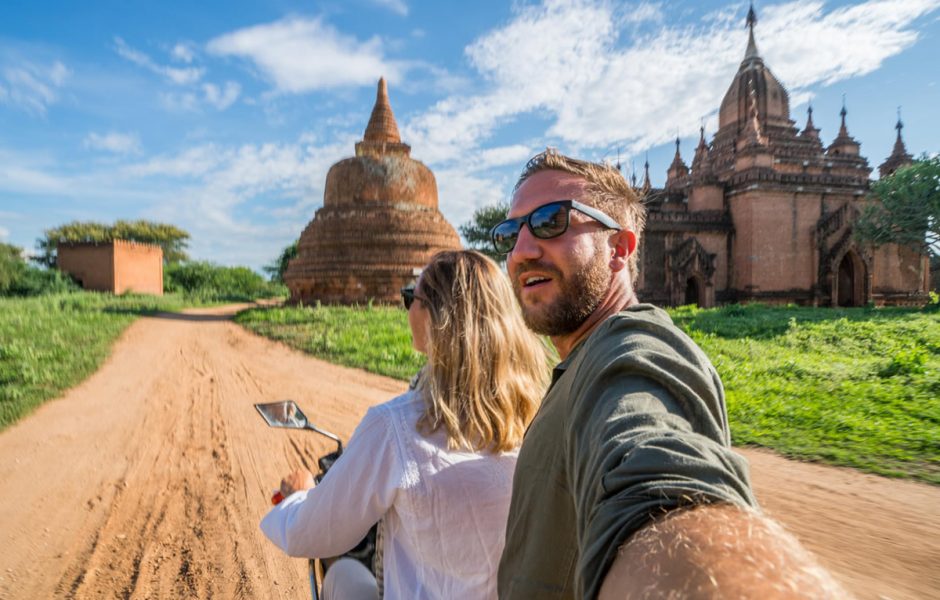 We land to Yangon, formerly Rangoon, the capital of Myanmar. Landing at Sabra, reaching an initial familiarization tour we will have with the city. Yangon is home to approximately 4 million people. Although a lot of person has no street buzz and traffic jams that characterize other Asian cities. Towards evening we will watch the sunset river. Dinner at local restaurant. Accommodation at hotel in Yangon.

Breakfast at the hotel. Today we fly Bagan, Pagan known by its former name, which is one of the magical sites in the East. Instead of creating thousands of pagodas look and feel unique and fascinating. Will conduct an extensive tour that includes a special visit in Niaaong-or colorful pagoda Swizigon which is a typical architecture model Bagan temples and pagodas where we look at the other wall paintings and plaster carvings interesting 12th century. Afternoon we will continue our tour of Bagan and the end of the day we will view one of the temples to catch the sun setting over the river. Lunch and Dinner at local restaurant

Accommodation at hotel in Bagan.

After breakfast we will tour with the bulls coach Ananda Temple (Ananda), which is based archaeological masterpiece reminiscent of a Greek cross. This is one of the most prominent temples in Bagan, especially because the golden head. Magnificent temple was built in 1091 and is named after the cousin and personal secretary of the Buddha. Ananda Temple built in the style of Indian architecture and the center has four golden statues of Buddha towering to a height of 9 meters each. At the end of the visits in Bagan and on the way back we will visit the handicraft center, and thus experienced in the production of products of local craftsmen. Lunch and Dinner at local restaurant. Accommodation at hotel in Bagan.

Breakfast at the hotel. Fly to Mandalay. Sightseeing in Mandalay city includes the highly revered Mahamuni Pagoda with its sitting Buddha covered in gold leaf (later we will see how the gold leaf is hammered out by local craftsmen). A particular highlight is the beautiful Shwenandaw Monastery, one of the last wooden monasteries in Myanmar, the teakwood was originally part of the royal palace at Inwa. Next we visit the intriguing looking Kuthodaw Pagoda, renowned as the World’s largest book for its 729 stone slabs containing the entire Buddhist scriptures. If time permits we will go atop Mandalay Hill for a view over the city and Ayeyarwaddy River. Lunch and Dinner at local restaurant

Accommodation at hotel in Mandalay.

Breakfast at the hotel. Travel the ancient royal capital of Amarapura (a capital twice during the Konbaung period), and enjoy a walk on U Bein Bridge which stretches 1.2 kilometers over Lake Taungtaman. Built around 1850, it is the oldest and longest teakwood span in the world. As we stroll in the vicinity of U Bein Bridge we can also see traditional silk and cotton weaving for which Mandalay is noted.

After our lunch break we visit the nearby small island of Inwa, founded in 1364 and lasting nearly 400 years as a royal capital. Inwa is accessible by a short ferry transfer and there are no cars on the island. We travel by pony cart down tree-lined paths to see old palace walls; a watch tower now called the’ leaning tower of Ava’; the Maha Aungmye Bonzan, which is a beautiful brick-and-stucco monastery; and the elegant teakwood monastery Bagaya Kyaung, one of the few surviving teakwood monasteries in Myanmar and where young monks still study. Return from Inwa and transfer into Mandalay city.

Lunch and Dinner at local restaurant. Accommodation at hotel in Mandalay.

Breakfast at the hotel. Transfer to Yangon airport to take a flight to Heho. drive to Pindaya which is noted for its extensive limestone caves filled with Buddha images.  Driving there we will be passing through the PaO and Danu villages of Pwehla and Ji Chanzi and endless fields of dry cultivated mountain rice and potato. Inside the Pindaya Caves are nearly 8,000 Buddha images that have been placed there over the centuries as a form of merit making. Made of various materials and of different sizes, the statues are situated in every nook and cranny throughout the many cave chambers. Then drive to Inle lake.

Lunch and Dinner at local restaurant. Accommodation at hotel in Inle Lake.

Breakfast at the hotel. In the morning we’ll go and visit in five days and Phaung Daw Oo Pagoda-Holy uncertainties, which is the focus of the festival the same name and takes place in October this year. From there we indein village located on the western side of Inle Lake and visit the complex value-in-Dayan Ancient – which is one of the highlights of a visit to our walk. On our way back we visit the factory to create silverware, a cigar manufacturer locals – plants to create boats Nan Pan village. We will continue to visit the center of the yarn handbags, observed floating gardens and local fishing methods.

Lunch and Dinner at local restaurant. Accommodation at hotel in Inle Lake.

Breakfast at the hotel. Fly to Yangon, we reaching a comprehensive tour of the city. During the tour we will visit the city of Sula Pagoda and the Town Hall, Kandawgyi Lake and the synagogue and the Jewish Quarter. Pagoda Soodgoon impressed – one of the world’s most spectacular monuments that its golden dome is approximately 98 meters high and is covered with 60 tons of pure gold, we will visit the market Roach, Aung San and in Scott, Town and fruit market. Latest free time for shopping.

Lunch and Dinner at local restaurant. Accommodation at hotel in Yangon.

Breakfast at the hotel.  Free at leisure until the guide and bus transfer to the airport for the flight back home.

Service including in the tour cost:

Service excluding in the tour cost:

I don’t want to make a reservation online, what can I do?

How do I make a reservation for someone else?

To complete a reservation for someone else, simply type in his or her name instead of yours for guest name. Don’t forget to use your email address to receive your confirmation information.

What happens to my tour booking if my flight is delayed?

Please inform us and the hotel immediately as any changes or fee will depend on the hotel policy. We will also try our best to offer you similar ground services.

Is it reliable to book online?

Making an online reservation is easy and safe. Just complete the secure reservations form (SSL – 128bit), making sure that you give us your e-mail address.. As soon as we receive your request we will reply within 24 hours.

How do I reserve my tours with Inserimex Travel?

Just complete and send the reservation form on our website, making sure that you have given us your e-mail address and phone number. As soon as we receive your request we will contact you to confirm the reservation. It is our policy to reply to all requests within 24 hours.

Do I need a visa to visit Vietnam, Cambodia, Laos, Myanmar or Thailand?

For more information about the necessary Visas for our destinations, go to the Visa Information pages for each country.

Please make sure that you have your passport, which is still valid for six months and contains at least two white pages. If you book services with Inserimex Travel, we will offer you the special cost for visa approved letter. Kindly contact your travel advisor for this visa service once your booking has been confirmed. 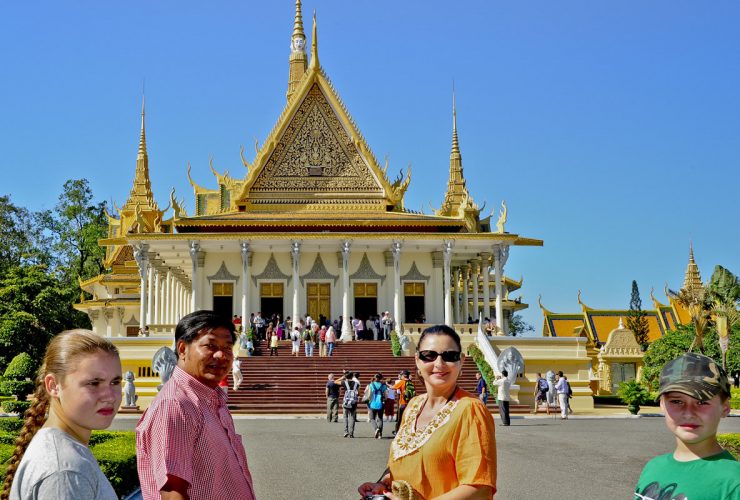 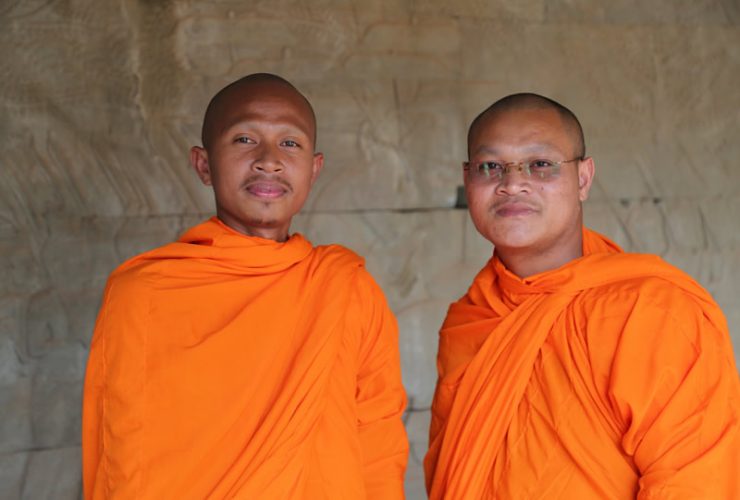 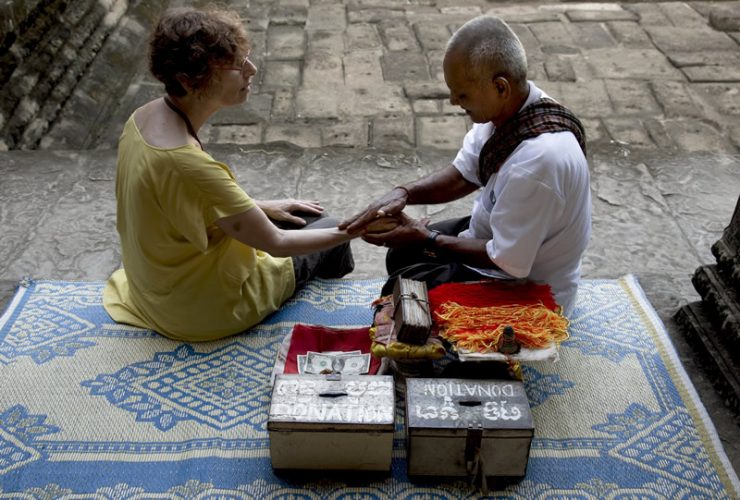 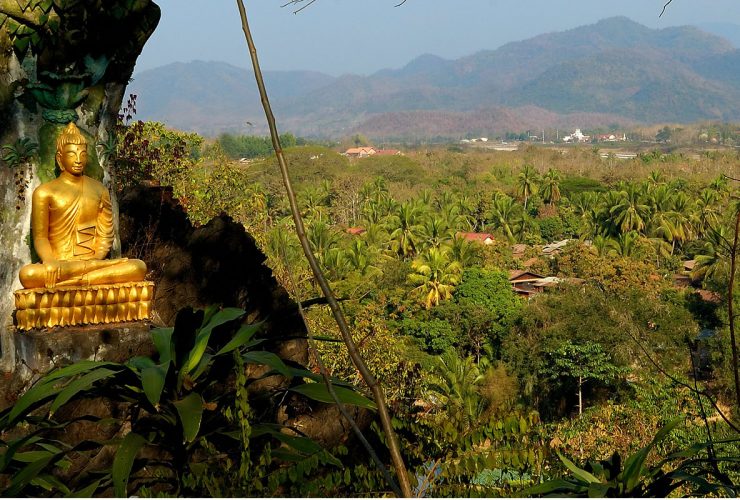 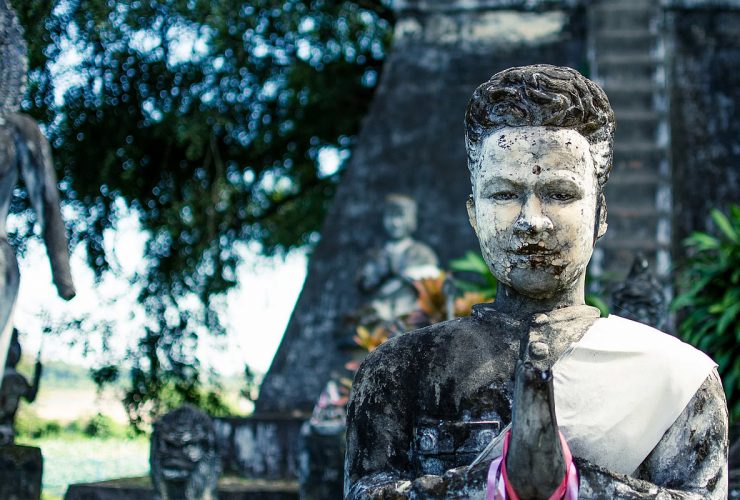 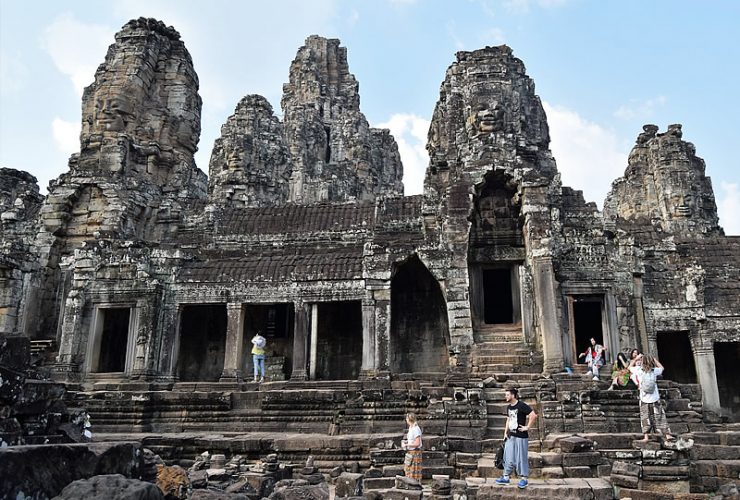